Shooting Wildlife (With a Camera) 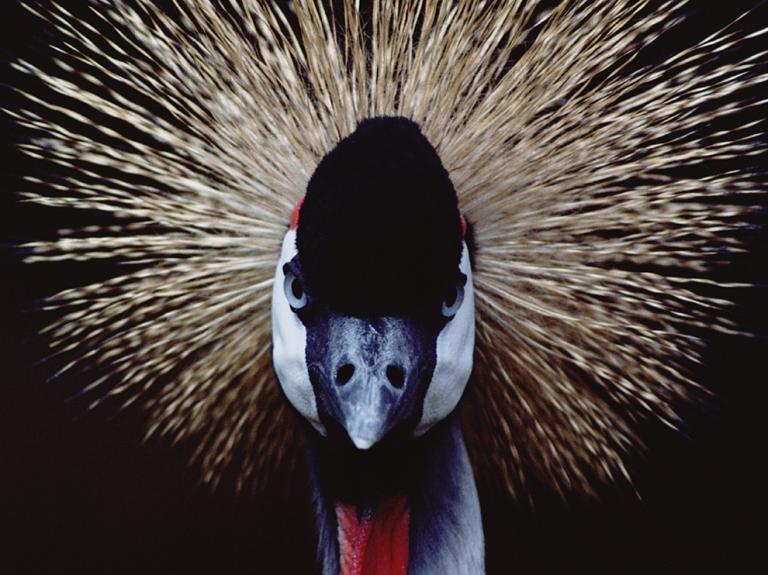 Cary Wolinsky and Bob Caputo have a combined 64 years of experience photographing stories for National Geographic and other publications. Along the way, they learned a thing or two about making photographs. In 2010, they launched PixBoomBa.com, which, through videos and illustrated text, imparts photo-making tips with insight, humor, and varying degrees of success.

The name of the game in wildlife photography—whether you’re trying to capture a herd of elephants on the Serengeti Plains or squirrels in your backyard—is patience. Wild animals are going to do what they’re going to do. Unfortunately, you can’t ask them to look this way, do something cute, or stand where the light is better. You have to be there, and ready, when they decide to look cute or do something interesting. Be prepared to wait, and wait, and wait—it takes a long time to get good wildlife shots, even longer to make great ones.

But it’s not wasted time. The longer you spend with an animal or a group of animals, the better you get to know them and their habits. You get to see the personalities of different individuals, and you’ll get to the point where you can anticipate what they might do at a particular time of day or in a certain situation. Knowing which cubs are more playful or in which spot a male likes to lie up will help you get your images.

And, as is true of all kinds of photography, the more time you spend with your subjects, the more likely your images will be intimate and revealing. You know them better, and it will show.

Here’s an example. I found this female cheetah and her cub one day in Kenya’s Masai Mara National Reserve. I got a decent shot of the two of them the first afternoon, but I felt I could do better. So, rather than run all over the park photographing different animals, I spent the next week—every day from before dawn to after dusk—with the two of them. And I’m glad I did. I got to know them and their habits, and they became so used to my car that I could get quite close without bothering them.

These are only a few of the hundreds of photos I made of the two cheetahs during that week, but they will give you some idea of what you can get when you stick with your subjects. Think what I might have gotten if I’d stayed even longer!

I made all these photos from my car. There are so many people driving around the national parks in Africa and elsewhere that the animals simply ignore cars and it’s easy to get close.

Different animals are different, of course: Herbivores like impalas and gazelles tend to be pretty skittish and have greater flight distances than carnivores like cheetahs and lions, who can be very blasé. On hot, sunny days, I’ve had lion cubs crawl under my car to get in the shade (and to chew on the brake lines and tires).

Telephoto lenses are a must for wildlife photography—how long depends on how close you can get and on the size of your subject. I made most of these cheetah pictures with a 300mm f2.8, but that’s because they were so tolerant of me. Birds, small and flighty, need really long lenses. So do animals that are shy. For these, I use a 400mm or 600mm, though these lenses are big, heavy, and not a lot of fun to lug around. It’s not a great problem when shooting from a car, but if I’m hiking I sometimes use a teleconverter on the 300mm. They’re small and light, come in different degrees of magnification, and greatly increase the reach of your lenses. The downside is that image resolution is not quite as good and you lose some stops of light—but my back and shoulders are a lot happier.

The teleconverter on the left weighs just a few ounces, while the 600mm lens is 20 pounds (not to scale).

Long lenses need support. When hiking or otherwise traveling on foot, a tripod is the norm. But I hate carrying stuff. Tripods sturdy enough to support a 600mm lens are big and heavy. I’ve found that I can usually find something to rest the lens on—a boulder or fallen tree, for example. My camera bag also makes a terrific support, and I’m carrying it anyway.

When I was photographing the cheetahs, I had a mount that fit on my car door that I could attach a tripod head to (it’s the one in the Shooting Wildlife video). It’s handy to have the camera mounted next to you so you can easily move the car for a better angle without having to put the camera down. Before I got the car mount, I used pillows, blankets, even folded up jackets. Remember: The longer the lens, the more susceptible you are to camera movement—with really long lenses, even the slightest motion can cause blur. Try to use as fast a shutter speed as possible, taking into account what kind of depth of field you want. (The larger the aperture, the smaller the depth of field. Really long telephotos have very little depth of field at any f-stop.)

Another thing to remember when photographing wildlife is the old “push/pull.” Animals have personalities, and you want to show that. But you don’t want to be working really tight with long lenses all the time. You need to show their environment too—habitat says a lot. Back off and use wide-angle lenses to give viewers a sense of where the animals live.

There’s a lot of information about Cape buffalos in this wide shot. We see that they live in large groups, that the land is pretty dry, and that they visit water holes. But we don’t get much of a feeling about Cape buffalo personality. That’s when we need the tight shot.

This is also the case with the two lion photos below.

When you’re out photographing wildlife, don’t just pay attention to what are called the charismatic megafauna—the big animals that get most of our attention. Of course we all want good photos of the big guys, but there are many other forms of life around. Some of them are really beautiful, and all of them are interesting. Whenever you’re out there, whether hiking or sitting in your car waiting for something to happen, look around. You’ll be amazed at what you might discover. Photograph that too!